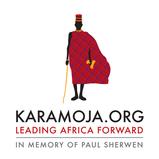 Paul Sherwen  spent a lot of his life growing up in this region.  It is one of the most beautiful and remote parts of Africa and very misunderstood.  We have been successful in implementing both the Bicycles for Humanity program as well as the iEmpowerment program here with the local people.  Karamoja is our home and we know you will love the region and it's people as much as we do. With Karamoja.org, we hope to empower many  to a new life  full of opportunity.